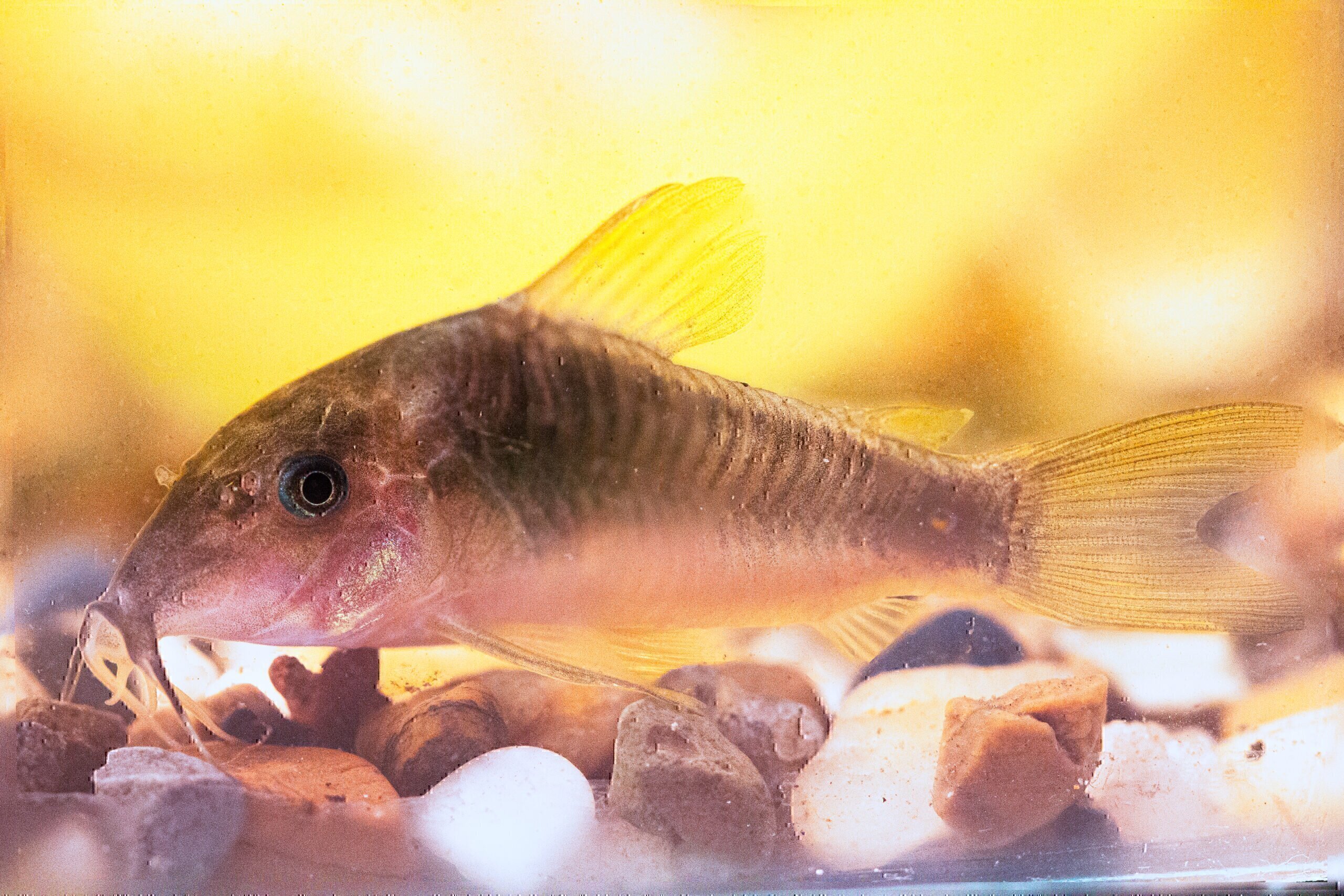 INTERNAL CODE: CO010
SCIENTIFIC NAME / FAMILY / GENDER
Corydoras Aeneus, Callichthyidae
TRADENAME
Aeneos Runner, Corydoras Aeneus, Bronze Corydoras, Bronze Catfish, Clean Tan Background
ORIGIN
Spread over much of northern South America, it has been recorded in Venezuela, Peru, Brazil, Bolivia, and Paraguay. It is found in numerous river outlets, including the Tapajós River, the Jamari River, the Madre de Dios River, the Guaporé River, the Mamoré River, the Paraguay River, and the Paraná River.
CHARACTERISTICS
Color: The body of the Coydoras aeneus is devoid of scales, instead it has a double row of overlapping bony plates, which cover its entire body. In section it has a triangular shape, flattened on the belly and a slightly bulging dorsal part. As its common name indicates, the usual color of the “bronze” Corydoras is copper, with pink tones on the belly of the specimens. On the sides it has a wide black stripe, with metallic reflections in green. Size: 7 cm
SEXUAL DIFORMISM.
It is evident if we observe the dorsal fin, which is quite pointed in the male of the Corydoras aeneus and rounded in the females. Males are also more elongated, thinner, and smaller than females.

A school fish, peaceful, gregarious, shy and suitable for community aquariums. Compatible with other Amazonian fish. They need to live in a group, the more numerous the better; they will be less shy and will move around the aquarium more. From 14 individuals, their behavior will be close to natural. 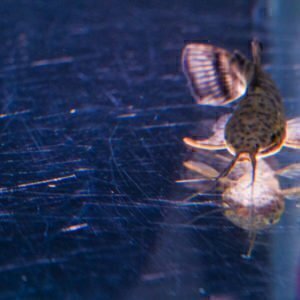 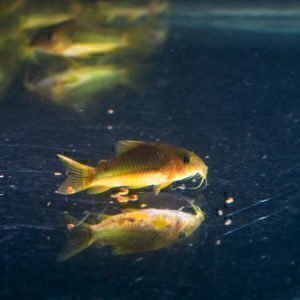 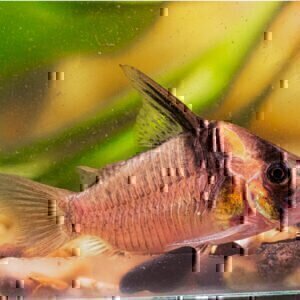 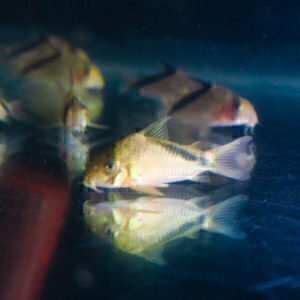 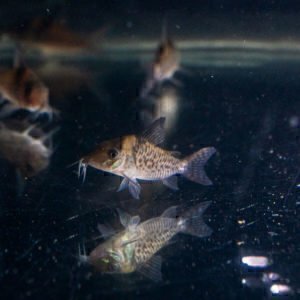 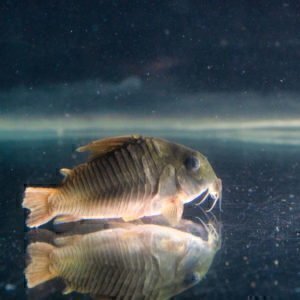 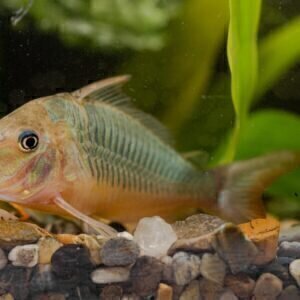